The highs and lows of an extraordinary biography

Mrs Knef, how many suitcases do you have in Berlin?
Did Hollywood fulfill your dreams?
Did you have an affair with Gregory Peck? With Henry Miller? With Boris Vian?
Do you ever have nightmares about being a prisoner of war?
Our Hilde has reached the peak –The Gift Horse“ is a worldwide bestseller – what’s next? Your life is like a rollercoaster – don’t you ever get dizzy?
This German woman appeared in more publications than any other of her time: Caesarean, breast cancer, marriage troubles, facelift, nothing remained a secret.
Was it not you who instigated the publication of these crises? Why do you put your heart on the table of such hungry people? Do you enjoy cooking?
Do you still suffer from stage fright? You were operated on 54 times, almost died in the process three times – are your illnesses caused by psychological problems?
Are you still „The Sinner“?
Can one assume that you were not a good mother?
Do you still believe that red roses can rain down from the sky, just like that?
I want all or nothing – did you plagiarize that from the rock singer Jim Morrison or he from you? Are you still „Wild Hilde“?
People say you have a machine gun under your mink.
Are you not too old for that sort of thing?
You have made 54 films, released 100 of your own chansons, received awards and prizes, written bestsellers – yet you are broke. A worldwide star living on poor-relief – Hilde, how could that have happened?
Are you glad that you’re buried just one bush away from Willy Brandt in your hometown Berlin?
Is there any advice you want to give to our readers?
Where do you get all that energy? How do you keep fit?

"Sensational solo..."
"Gilla Cremer’s spellbinding performance was honored by the premiere audience, visibly moved to tears and deeply touched, with plenty of ovations…"
" A dense, compelling collage..."
"Go and see it, you will love it..."

„Conjuring up a whole new world with just two chairs“ – only the world’s best performing artists know how to do that. Gilla Cremer is one of them. Her solo evening „The Sinner“ at the St. Pauli Theater was received by the audience at the premiere to much acclaim, one of whom was Knef’s widower Paul von Schell – in the end it rained red roses. Go and see it, you will love it – Knef and Cremer.

Everyone thinks they know „our Hilde“. Actress Gilla Cremer takes a look behind the superficial image created by the gossip columns in her impressive solo piece about the German star who was never really a star at all. In „The Sinner “ at Hamburg’s St. Pauli Theater, she develops a multi-facetted portrait of a very sensitive woman with an image of immeasurable strength who gave such an inimitable rendition of happiness in her song „Für mich soll’s rote Rosen regnen“ („Let It Rain Red Roses For Me“), and yet had to go through all the highs and lows of life… Gilla Cremer’s spellbinding performance was honored by the premiere audience, visibly moved to tears and deeply touched, with plenty of ovations.

In the end, it rained roses

Using interviews, poems, headlines and the worldwide bestseller „The Gift Horse“, Gilla Cremer creates a dense, compelling collage. Featuring lots of music… It’s fascinating how Gilla Cremer ages with Knef in those two and a half hours: she is a young girl playing in her grandfather’s garden, she is the celebrated diva in a mink coat who is complimented all across Germany as a number one UFA star, she is the old diva hiding under a far too big hat and an even bigger pair of sunglasses who, shortly before her very last curtain, is finally confronted by the meaning and purpose of life, and suffering: when you make your final exit, only one thing counts: how many people were happy that you were alive? 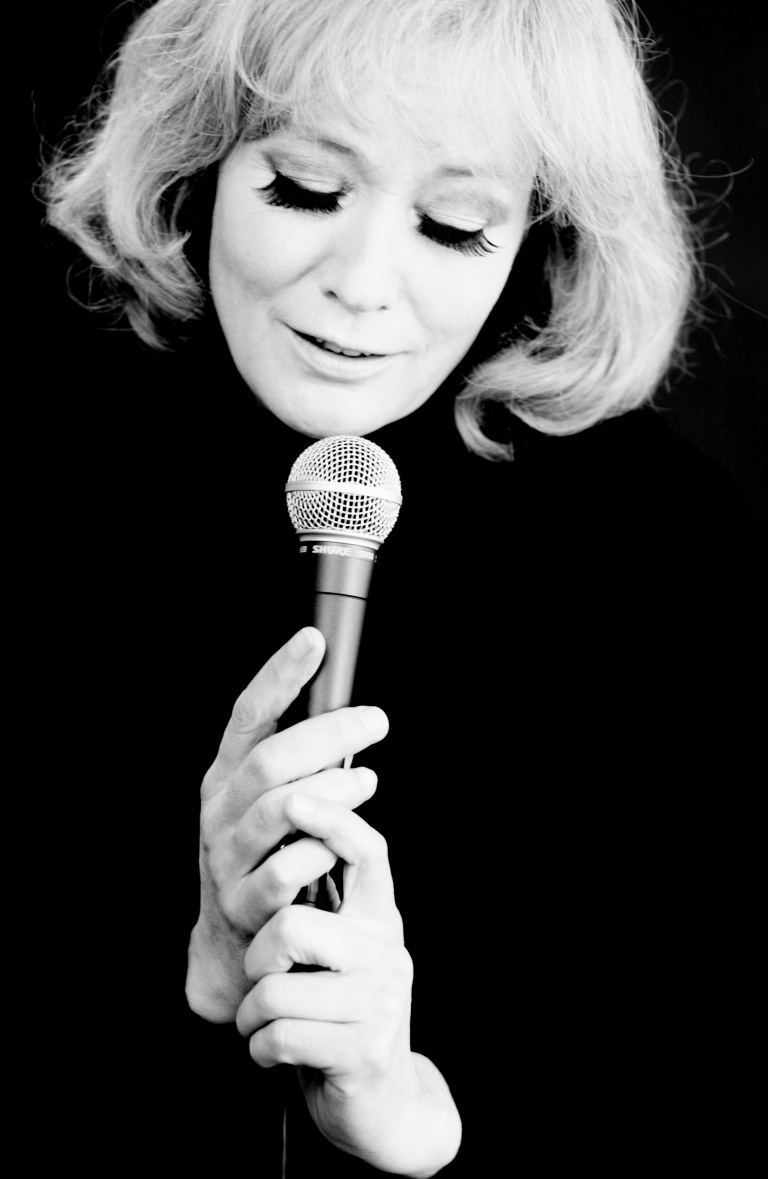