Fraewell from the idols of the sixties and seventies

In „Morrison Hotel“, the actress Gilla Cremer encounters two men: her elder brother Tom and Jim Morrison, lead singer of the legendary rock band the Doors. Men whose radical, excessive ‚ and finally suicidal ‚ way of life she once admired. And she tells us about searching for an identity of one’s own in the seventies. In the late sixties, the student Tom Cremer, like many of his contemporaries, is looking for a way of changing the world: „One has to decide: either to be a pig or a man. There’s nothing in between.“ In the mid-seventies he begins to experience first bouts of schizophrenia. In 1995 he falls out of the window and dies. „Some say he jumped deliberately. Others say he lost his balance. It all happened so quickly.“

The production has guested in English in Poland, Denmark, New Zealand.

"Brilliantly acted…"
"She literally crawls into the souls of her rebellious heroes…"
"A very personal undertaking, you leave the 90-minute show as if in a daze… "

„The brilliantly acted mixture of scenes, quick changes of perspective, surge of quotations from Nietzsche to Kerouac and music by the Doors, makes this production seem like a hard-cut documentary about the sixties and seventies.“ (Taz)

„Like a chameleon, she switches between roles and perspectives, literally crawls into the souls of her rebellious heroes and brings them back to life. She fills the enormous stage with the spirits and spectres she calls up. A maelstrom develops: Gilla Cremer perturbs, fascinates and draws the captivated audience into the whirl of her memories.“ (Welt)

„In view of this impressive production it does not matter that the media world has outdated some of the passages as regards content with its special features about the ’68 Movement and the German Autumn. Morrison’s lyrics, Tom’s tirades and the idealist’s anger at the capitalist pigs is quickly forgotten, because she has heard it too much about that elsewhere lately. Yet it remains the image of the grown-up sister in whom the little girl courageously, yet filled with pain, asks for her brother. And questions like that have not yet been answered by any special editions about the ’68 generation.“ (Taz)

„A very personal undertaking, you leave the 90-minute show as if in a daze.“ (DLF) 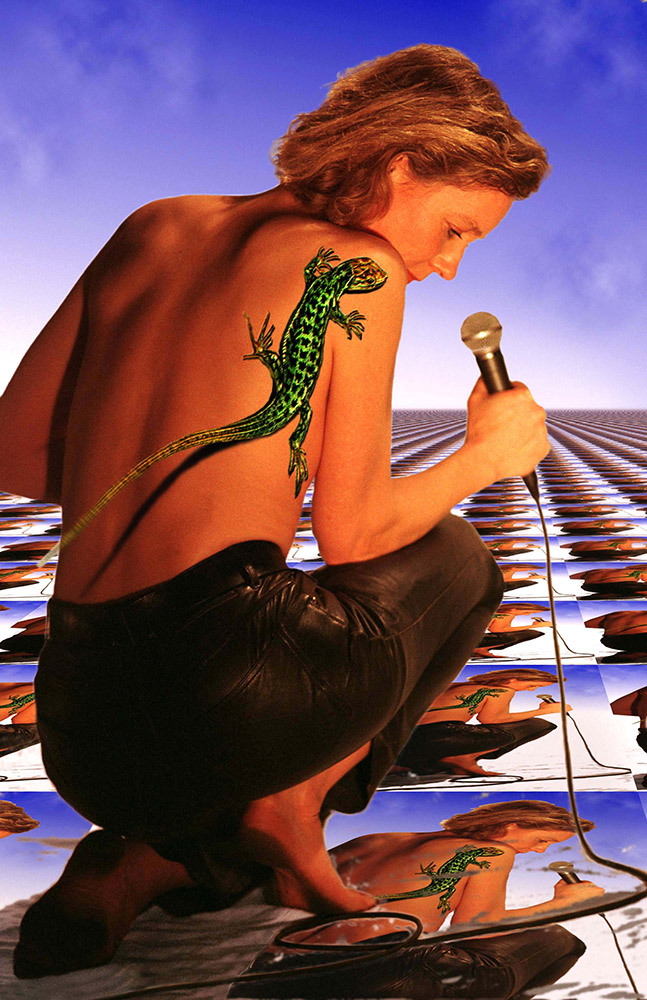