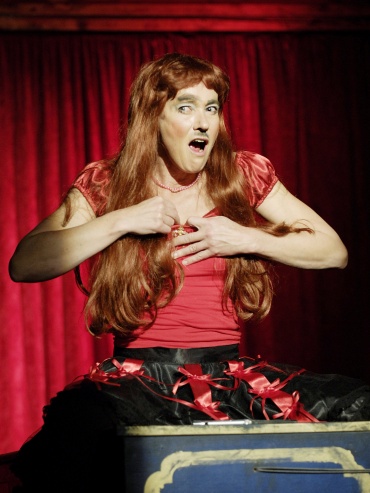 The ROLF MARES SPECIAL AWARD for lasting and exceptional achievements in Hamburg’s world of theatre is given to GILLA CREMER, october 2008 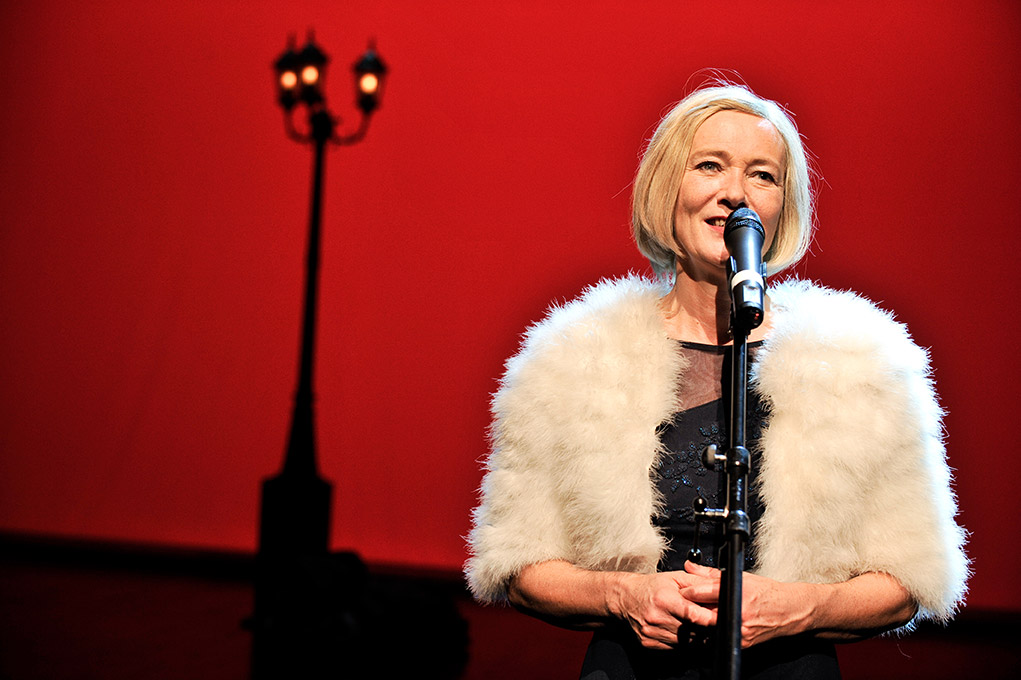 The jury’s special award goes to Gilla Cremer. As I noticed during the research for this laudation it is not simply a matter of putting the case forward that Gilla Cremer is the right and best choice the jury could have made, but first and foremost it is a matter of establishing whether this award is the right award for the award winner.

The audience’s Oscar-trained eye may have led some of you to believe that this is some kind of lifetime achievement award for artists who maybe missed out in the course of their careers and who are dragged onto the stage shortly before their demise, to bask in the fading light they still cast.

No, Gilla, that is not our intention. This award should not prompt you to think that you can stop working now; it is meant as an incentive and to give you some material support for you to carry on.

For another misunderstanding to do with the award, which we have invented, we only have ourselves to blame, since one of us – and it certainly wasn’t me – had posted on the website a sentence proclaiming that the special award was given to persons whose achievements for the theatre are somehow outside of the limelight. And so the prize, with all its good and honest intentions, may have been a bit of a shock to the award winner. Yes, Gilla, I see that you did ask yourself whether you were receiving the prize for designing your own stage sets, making your own props and, if necessary, even being usherette for your own shows.

Again the answer is no – of course not.

Even though you are first and foremost an actress, sometimes spotted in totally conventional television shows as for instance Tatort, or in a light comedy at Thalia Theater, the real attraction is to see your one-woman shows, where different artistic elements come together which have been fed by so many sources.

I remember so well the first time I saw one of your shows: the BITCH OF BUCHENWALD at the old Kampnagel Factory. I must admit that I was feeling decidedly unenthusiastic about going and was even dreading it. Firstly, because I was afraid of the subject matter and secondly because I was expecting everything but a pleasant evening watching a solo performance by a militant young woman going on for hours, whom I had to date only seen as a sharp, analytical and wide-awake contributor to discussions at the foundation forum for Kampnagel-GmbH, where she had practically taken on the role of a functionary of independent theatre.

I remember well my surprise, bordering on disturbance, when I was confronted – in the Bitch of Buchenwald – by a strange mix of dance, citation, cool and distant factual reporting of almost essay-like sharpness and identificatory theatrical adaptation as one could not have learned any better from Grotowski or Lee Strassberg or Tabori – to name but a few of Gilla’s theatre gods. The result was – at least I saw it that way – a completely new or at any rate unusual type of performance. The content of the show appealed to both analytical intellect and one’s heart, and in this form was unique, a UNIKAT. I also remember very well that I left the auditorium red-eyed from crying –as did many other spectators too – and had several sleepless nights afterwards.

This experience was to be repeated a few times. NIGHTFATHER takes up the subject of the Bitch of Buchenwald and tells the story from the perspective of a survivor’s daughter. Again a bit more subtly in M.E.D.E.A., not so direct and augmented with autobiographical elements in MORRISON HOTEL, and once again in full force in SEASIDE. On the opening night of Seaside, during which a woman next to me had a nervous breakdown, I asked Gilla whether she thought it possible to produce a show that would not give me nightmares for weeks on end. I spent some time pondering the question why a happy, confident and, in a glowing sort of way, emancipated woman with a zest for life would (seemingly) only consider the terrible abysses of child murder, suicide and mass murder.

The answer, I believe, can only be found in examining the results of these contemplations: every single one, and especially the gloomy and ruthless works by Gilla Cremer have much theatrical and social-political relevance because of their painful qualities. Each is an artistic cry against the displacement, cover-up and lies in our society – exposed again in the play MOBBING performed quite recently. On the whole many of these nights are part of my own personal collection of great and unforgettable theatrical experiences. But I hope that – especially on the stage of this theatre – I will be forgiven for admitting that I, too, like having fun in the theatre sometimes.

And lo and behold, when I, once again totally unprepared, went to see another of her plays, worried about the imminent sleepless nights, I saw – in ODYSSEE EMBRYONALE – a comic who, with her usual aplomb, could easily keep up with any good stand-up. (I deliberately won’t use the term comedian as this show too addresses topics of social relevance and not silly nonsense).

This talent for comedy we saw again in KNEF, a play in which Gilla displays the only talent that we hadn’t had a chance to admire up until then: singing professionally, or in WHY THE CHILD IS COOKED IN THE POLENTA, in which the comic part was mainly delegated to her Jack Russell terrier GIPSY who, we hope, will be treated to a nice bone with the prize money.

Whilst mentioning Gipsy, I will touch on and be done with the subject of MEN AT HER SIDE, because unfortunately we lack the time to pursue this interesting aside.

Dear Gilla, I hope that these words give me the authority to now say this: without a doubt my admiration for your art is intermingled with breath-taking admiration for your seemingly effortlessly crafted productions. First you research the subject – for months and sometimes even years. Then the texts are written and rewritten, then you memorise 160 pages of prose, design the stage set and – actually – make your own props, organise the funding, fight for performance space and finally – with the help of a very impressive private online marketing – you mobilise your audiences, if necessary.

And what have you become? Well actually – all of them. Not only a bit of everything but – perhaps with the exception of dog trainer –they have all demanded your blood, sweat and tears and you going all the way. And we love you for it. And it’s why we are giving you this award. Thank you.